Since 2010, the European Union has launched three separate antitrust investigations against Google for infringing EU competition law due to its dominant position in the search market. These cases have led to official allegations against Google related to Google Shopping, Google AdSense and the Android operating system. So far, Google has been found guilty of anti-competitive behavior in cases involving Google AdSense and Android and has been fined more than 8 billion euros. In addition, the European Union has also launched a full investigation into Google’s proposed acquisition of fitness tracker and portable health company Fitbit, in line with the EU Merger Regulation. For the time being, the final decision on this investigation is expected to be announced by 9 December 2020.

Read more about this case on wikipedia: https://en.wikipedia.org/ 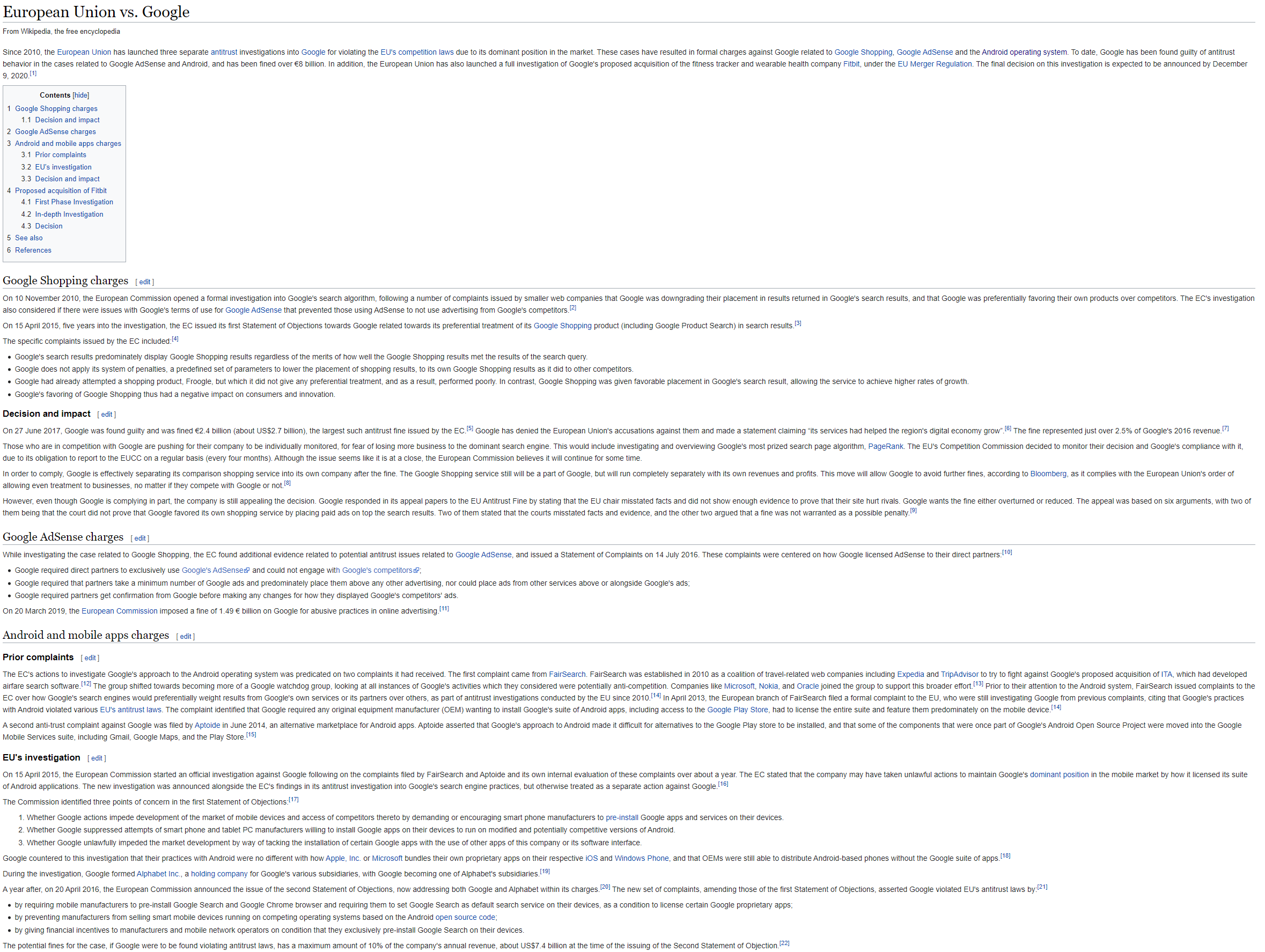