After  almost two and a half years of silence, during which I did not receive any stressful emails from Netflix, today suddenly I received an email from them:

I practically forgot that I ever signed up for Netflix, and after checking a bit through emails I found out that in fact I never even confirmed the account!
Here is what is written in the first email from Netflix:

“Finish signing up for your free month and start watching” …

and in the last message received it is clearly written:

From here it is clear that in fact I do not even have an active account on Netflix!

But what really happened ?
Why I received an email after two years of silence and even without confirming the account?

Someone used Netflix on my computer, they logged in with an already active, paid and functional account. A few hours after that, I received the following message on my email address: 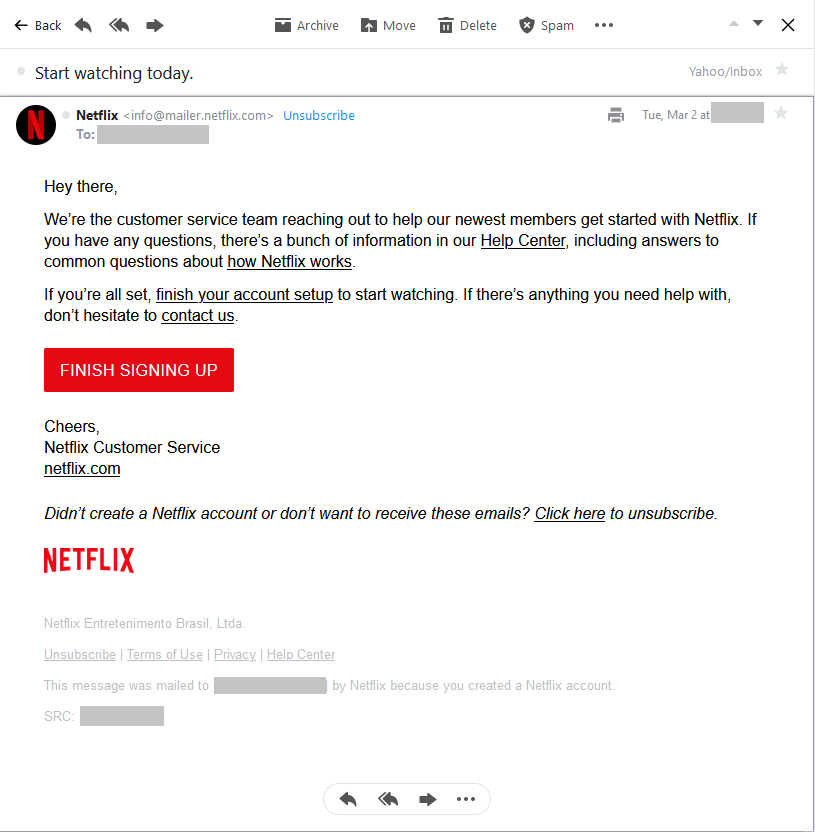 Netflix had no way of knowing who is the “owner” of the computer, unless Google did not provide this information to Netflix!
It’s been 3 years since 2018, in the meantime I changed the internet provider, so I have another IP, which is dynamic … I even changed the computer … so it’s clear:

Google sells our skin to everyone and sells it on good money, without us earning anything … we just lose our souls in the spying machines of the Big-Data giants

This “leakage” of information was probably done through chrome via chrome-extension cast_sender.js or through www.gstatic.com …